What is the Octane Rating of Unleaded Gasoline

Gasoline including Regular Unleaded Gasoline octane grades are based totally on octane ratings, which tested by cfr knock test engine/SINPAR Octane engine according to ASTM D2699 and ASTM D2700. The higher the octane number, the greater the fuel’s resistance to knocking or pinging during combustion.

Internal combustion engines, like those in cars, work through compressing a mixture of air and fuel, which ignites the spark plug and creates a managed explosion. This explosion powers the engine so the car can run. Sometimes the fuel combination ignites before it should, developing an unstable explosion. This match is referred to as pre-ignition however is usually recognized as knocking due to the fact of its sound. Common in historic cars, this knocking lowers car performance. It also damages engine elements over time.

Generally, fuel octane scores are a measure of how nicely the gasoline mixture can face up to pre-ignition or knocking. Premium gasoline, with its greater octane rating of 90 or higher, can face up to knocking slightly extra than ordinary unleaded gasoline, with its octane rating of 87. However, on account that most modern-day engines have expanded designs and are outfitted with automated knocking sensors. They can run nearly just as successfully on regular gasoline. 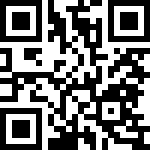